Snippets about our most recent accomplishments and developments.
top story all news 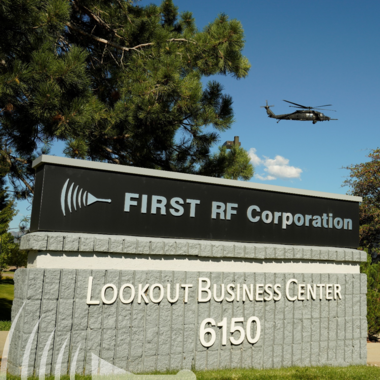 We have friends in high places!

FIRST RF recently got a chance to see our FRF-179-500 in action during a Black Hawk flyover at our headquarters. We are proud to play a role in supporting this incredible machine! 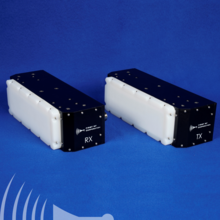 FIRST RF is back for Day 2 of the SBIR/STTR Navy Gold Coast event! At our booth (booth 1018), you’ll find our recently developed MAINLINE (Multibeam Adaptable INtegrated Low-profile Interconnecting Network Element) product. This array is a state-of-the-art, low-cost, low-profile AESA capable of up to four simultaneous transmit and receive beams at Common Data Link (CDL) frequencies. MAINLINE provides multiple high-data-rate communication links between airborne, shipborne, and ground-based assets in contested environments. This technology is paving the way for adaptable, high-speed communication in the battlespace. 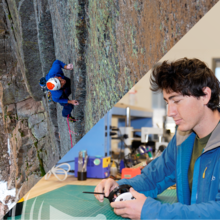 People who do incredible things at work also do incredible things outside of work. In his first two years after graduating from University of Colorado Boulder, FIRST RF Mechanical Engineer Ben Wilbur (he/him/his) led the mechanical design of an FAA-qualified antenna that changes the game for in-flight WiFi by bringing 5G to the skies. Even with this demanding assignment, Ben still finds time to pursue his personal passion: rock climbing. Ben has been featured in several Climbing.com news articles, one of which covered his speed record for climbing The Naked Edge in Eldorado Canyon. Earlier this year, Ben took a three-month sabbatical which he spent climbing and ultimately summitting Cerro Fitz Roy, among other peaks in the Care Bear Traverse, in Patagonia. If you’re ready to work with people like Ben, visit www.firstrf.com/jobs. If you have any questions for Ben regarding his position as a Mechanical Engineer, reach out to spotlight@firstrf.com. 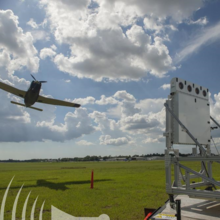 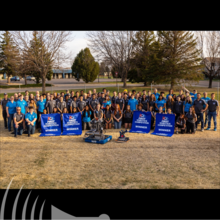 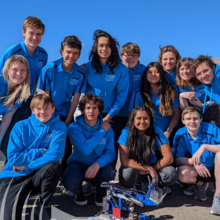 FIRST RF is proud to be a sponsor for Up-A-Creek Robotics Team 11260, which is ranked among the top teams in the world (No. 2 as of today) for in-person competition in the 2021-2022 season of the FIRST Tech Challenge (FTC)! Alongside winning the Colorado State FIRST Tech Challenge Championship, the team was presented with the Inspire Award, which is the top judged award in the FTC. They will now go on to compete at the FIRST World Championship in Houston, Texas in April. FIRST RF is grateful to play a part in fostering the next generation of innovative leaders and looks forward to watching Team 11260 compete in the World Championship! 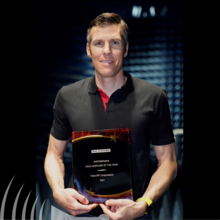 FIRST RF is proud to have been recognized by BAE Systems' Partner2Win program as a 2021 Gold Supplier of the Year. Despite the COVID-19 pandemic, FIRST RF maintained operational excellence and continued to meet 100% of our tight delivery schedules with 100% quality, supporting BAE's success during an exceptionally unpredictable year. FIRST RF appreciates the award and its reflection of our team's drive to deliver hardware that makes a meaningful difference in the field. 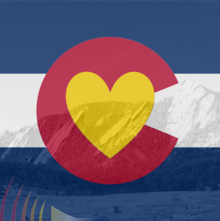 Last week, our community experienced an unimaginable tragedy when the Marshall Fire ignited outside of Boulder and spread into the neighboring cities of Louisville and Superior, resulting in the destruction of over 1,000 homes and other structures. Thousands of people have experienced direct or tangential impact from this fire, including many FIRST RF employees. Our hearts go out to the survivors of this catastrophic event and the entire Boulder community. If you would like to help, please consider visiting the Community Foundation Boulder County website at https://www.commfound.org/grants/get-grant/Boulder-County-Wildfire-Fund. 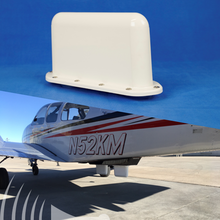 FIRST RF is pleased to announce the completion of DO-160 qualification for our FRF-274 antenna. This accomplishment marks a huge step, both for FIRST RF and for our partner, Gogo, as they launch the world’s first and only 5G network for aviation. Take a look at Gogo’s video highlighting FIRST RF and the role we played in making in-flight 5G access a reality: https://business.gogoair.com/videos/first-rf-gogo-5g-antenna/ 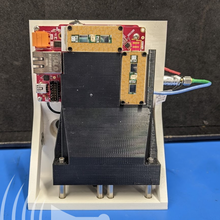 With support from a Phase II Army SBIR out of Redstone Arsenal, FIRST RF recently completed development of a real-time W-Band imaging sensor. This low-cost sensor utilizes sub-optical RF frequencies which can penetrate obstructions such as sand and dust but are also high enough in the RF spectrum to provide relatively high image resolution from a physically small device. These benefits serve a variety of applications including surveillance, rescue, and navigation. We are excited to continue working with Army to improve the quality and latency of this imager's video capture, and we see great potential for W-Band in the future. If you are interested in learning more about this technology, please message us at our website: www.firstrf.com. Distribution Statement A. Approved for Public Release; Distribution Unlimited.

Please use this form to contact us about products, services, partnerships, and job opportunities.